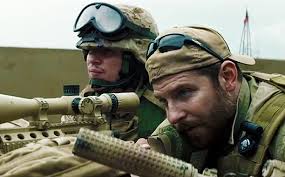 Even though American Sniper has sold most of its tickets in January, because it was released in four theaters on December 25 of last year, it is officially a 2014 movie. Experts predict the buzz will continue and American Sniper will go on to top 2014’s box office leaders The Hunger Games: Mockingjay Part 1 and Guardians of the Galaxy.